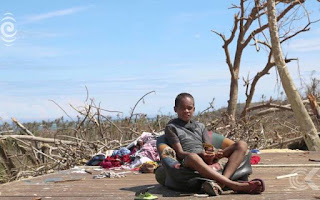 The news from Fiji is bleak after Cyclone Winston devastated the island nation. It is the worst ever storm recorded in the southern hemisphere. The death toll is 42 people. Contact has yet to be made with many remote communities. Tens of thousands of Fijians are homeless and living in evacuation shelters. International aid agencies are delivering supplies, but the scale of damage to infrastructure including communication is making it hard to reach remote communities where help was most needed. The Fijian Methodist Church is working on a plan, alongside other aid agencies.
Please pray for the recovery of Fiji and particularly for the Deaconesses and the Methodist Church in Fiji in all their efforts. 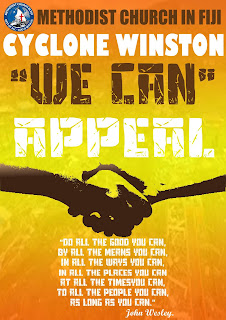 Posted by Sandy Boyce at 4:04 PM No comments: 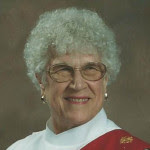 Deacon Janice Byrd has died at the age of 83 years (March 29, 1932 - February 7, 2016). She was an Episcopal Deacon (USA) in the Episcopal Diocese of NW Texas.
Janice was born in Breckenridge, Texas. She graduated from Texas State College for Women as a licensed dietician. She worked for the Veterans Hospital in Memphis, Tennessee, Hardin Simmons University in Abilene, for Indian Health Services in Tahlequah, Oklahoma and Santa Fe, New Mexico, and then finally as the head of Food and Nutrition at the Big Spring State Hospital where she retired at the age of 82. Her work was her life.
Janice was ordained an Episcopal Deacon in 2002 for the Diocese of North West Texas and was assigned to St Mary's Episcopal Church. She served there with her sister, Deacon Connie Fowler.
Janice is survived by two daughters, four grandchildren, six great grandchildren, two sisters and a brother.
Deacon Becky Orem said, 'Janice played a significant role in my decision to pursue ordination. She was so real - no nonsense, and she had a great sense of humour. She always said, 'Jesus, keep your arm around my shoulders and your hand over my mouth'. 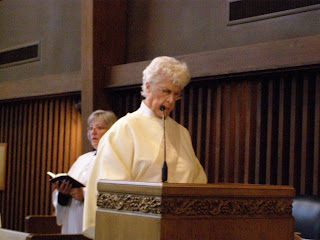 Posted by Sandy Boyce at 9:00 AM No comments: 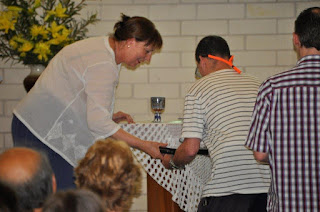 Rev Kim Francis, ordained as a Deacon in the Uniting Church in Australia on 18th October 2015, was inducted into Maylands Mt Lawley Uniting Church on Sunday 7th February.


For 19 years, Kim worked as the children and family co-ordinator at Nedlands Uniting Church; running kids clubs, play groups, a family worship service as well as the children’s program during their Chinese English bilingual service. Prior to working with the Nedlands congregation, Kim worked as a maths teacher.


During her 7 years of candidating for ministry, Kim held placements at Juniper, Uniting Church in the City, Ross Memorial West Perth, Trinity School for Seniors and with the Uniting Church WA Social Justice Unit.


Kim said that she is looking forward to this new step on her journey with God, walking alongside the people of Maylands Mt Lawley Uniting Church and the local community. She is especially hoping to focus her time on intergenerational worship, music and community outreach.


“I do believe that today the call on my life by Jesus Christ has been fulfilled,” she said. “I thank family and friends who have helped me along the study and ministry journey. It is my prayer that God will strengthen and enable me to work alongside the people of the Maylands Mt Lawley community and church so that the kingdom of God and the Christian community in this area may deepen and grow.”