Such courage in the face of oppression

"Compassion is not just feeling with someone, but seeking to change the situation. Frequently people think compassion and love are merely sentimental. No! They are very demanding. If you are going to be compassionate, be prepared for action!" Desmond Tutu

I'm sure we all share grave concerns about what is happening in Iraq, and appalled by the violence and persecution of Christians, and the shocking and barbaric images in the media. 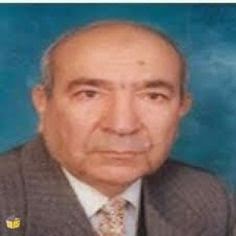 I was very moved to learn today about Mahmoud Al ‘Asali, a law professor who lectured on pedagogy at the University of Mosul. Mosul is Iraq's second largest city, and one of the holiest cities of Christianity in the Middle East. Christians have inhabited Mosul for nearly two millennia, and the ancient churches of Mosul are some of Christianity's oldest.

As a Muslim, Professor Al 'Asali chose not to keep silent about the violence and persecution being inflicted against Mosul's Christians who have been forced to choose between converting to the Muslim faith, paying the jizyah (the Islamic tax for non-Muslims, about $US 450 a month, which is an impossible sum for anyone living in Northern Iraq to pay) or fleeing. Professor Mahmoud Al ‘Asali had the courage to make a stand against this brutal duress which he believed goes against the Muslim commandments. But he paid for this gesture with his life: he was killed by ISIS militants in Mosul on the 22nd July.

Professor Ali ‘Asali knew what he was risking. Many human rights activists have paid for their opposition to ISIS’ acts of intolerance with their own lives. But Al ‘Asali was nevertheless unable to stand by in silence.

Some Muslims have launched the “I am Iraqi, I am Christian” campaign in response to the letter N’s written on the walls of Christian homes in Mosul. They are risking their lives to support the Iraqi Christians. To stand up against ISIS, even in peaceful protest, is to invite torture and death upon yourself. 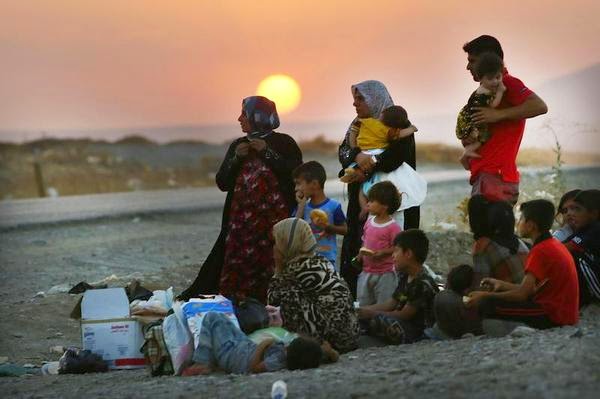 When ISIS militants took over the city of Mosul in June, they painted the Arabic letter nun — symbolizing the word Christian (N is for Nasare – a Muslim term for Christians which derives from Nazareth) — on the houses of Christian residents. Since then, it is reported that up to half a million people have fled Mosul. To protest their expulsion from Mosul, Iraqi Christians are trying to reclaim the 'nun' by sharing the image on social media, and people of all faiths are joining in solidarity. You may have seen the image. May it be a reminder to remember not only the plight of the Christians, but also those brave Muslims who are standing in solidarity with the Christians.

We need to keep telling the stories of hope, of solidarity, of compassion.

Let us pray for the refugees, like the peoples of Mosul, forced by violence to abandon their homes because of their faith: that they may find from the international community a generous welcome and the protection of their rights.

Source includes Vatican Insider
Posted by Sandy Boyce at 12:28 AM