Philippines - yet another typhoon

Hundreds of thousands of Filipinos have been displaced by Typhoon Koppu, the second strongest storm to hit the Philippines this year. The Philippines endures about 20 major storms a year, many of them deadly.
Now, heavy rain has lashed the typhoon-hit areas, where 22 people have been killed. Nearly 300,000 people have been affected. The floods are as high as rooftops in some of the nation's most important rice and corn farming regions in Luzon. More than 200 villages have been flooded, with some areas more than a metre under water. Weather forecasters have warned that the typhoon could cut back onto the far northern edge of Luzon on Wednesday morning after picking up more water in the South China Sea.
The churches in Northern and Central Luzon are deeply affected and devastated by this typhoon. DAP regional President Emma Cantor and Diakonia Philippines, along with the social service agencies of the churches and NGOs, are collectively engaged in supporting those who have been affected by the typhoon. 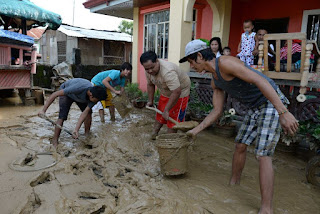 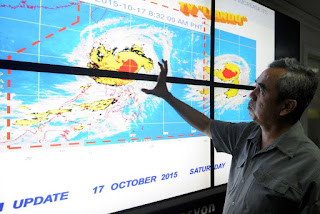