Australia - ministry in the vastness of the inland 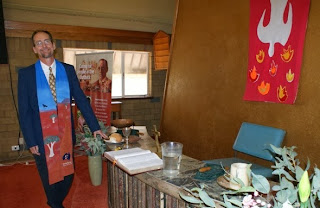 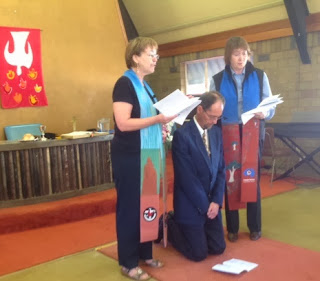 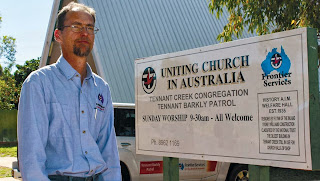 Australia is a huge country - and much of the central area is desert, with isolated communities. Rev (Deacon) Peter Wait commenced a ministry placement in Tennant Creek in May, but spends much of his time on the road travelling across the north of the Barkly region - 600,000km of the Northern Territory, almost three times the size of the state of Victoria in southern Australia. It extends 200km south of Tennant Creek and north to Daly Waters. The region is known for its large cattle stations and rich connection to the local Aboriginal people. The history of the Tennant Barkly Patrol dates back to 1915 when Frontier Services’ predecessor, the Australian Inland Mission, first sent a Patrol Padre to the region.
Peter will spend his time visiting people in hard-to-reach places, and offering a listening ear and a helping hand. He will offer emotional and practical support to people across the Patrol, providing a source of spiritual care and trust that otherwise might not be there. He will also be a part of the community in Tennant Creek and support the local Uniting Church congregation.
Coming from Adelaide, Peter said he felt called to his new role in the outback with Frontier Services. “It is privilege to serve in the tradition of Frontier Services and Uniting Church in remote Australia. I look forward to meeting people and having conversations about significant things.
Peter has moved to the NT after spending five years working with church congregations in Adelaide. He has been a prison chaplain and is a former biochemical researcher and teacher. He worked as a teacher for two years in Barunga near Katherine and has spent time in Arnhem Land.
Like his work as a prison chaplain, Peter said the role of a Patrol Minister was simply to be there for people.
“We call it an incarnational ministry. We send a message by our physical presence. When we are there for people in hard to get places we embody God’s love for them.”
Peter's placement is one example of diaconal ministry in the Uniting Church in Australia, and certainly an example of ministry beyond the four walls of the church and into the community.