One of the most powerful typhoons ever recorded, Haiyan (known in the Philippines as Super Typhoon Yolanda) slammed into the Philippines today (Friday 8th November), cutting communications and blocking roads in the centre of the country amid worries of serious damage and casualties. Officials in Cebu province have shut down electric service to the northern part of the province to avoid electrocutions in case power pylons are toppled.  Telephone lines appeared down as it was difficult to get through to the landfall site 650 kms (405 miles) southeast of Manila where Typhoon Haiyan slammed into a rural area of the country. Weather officials said that Haiyan had sustained winds at 235 kilometers (147 miles) per hour, with gusts of 275 kph (170 mph) when it made landfall.
"There aren't too many buildings constructed that can withstand that kind of wind," said Jeff Masters, a former hurricane meteorologist. He said the storm had been poised to be the strongest tropical cyclone ever recorded at landfall. He warned of "catastrophic damage." Ten million people are estimated to be in the path of the typhoon and half a million people have already been evacuated.
Weather forecaster Gener Quitlong said the typhoon was not losing much of its strength because there is no large land mass to slow it down since the region is comprised of islands with no tall mountains.
The typhoon is the 24th serious storm to hit the Philippines this year. Climate scientists continue to search for insight into how humans contribute to global warming, which is increasing sea surface temperatures along with changing air temperatures and the amount of moisture in the air, and may be altering tropical storm systems like Haiyan. Sparse historical data of Pacific storms has made it more difficult for scientists to detect long-term changes to storms in that region, but in the Atlantic at least, global warming is expected to increase the prevalance of the strongest storms, while making storms produce more rainfall.

Please pray for the people, and consider ways you can offer support - prayerfully, pastorally and financially. 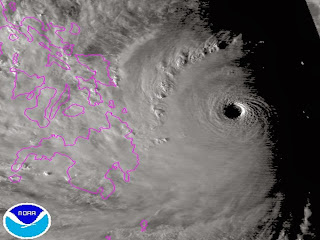 God of compassion,
We pray for those who struggle in life,
Those who struggle to find justice
Those who just can get a good break
Those who are lonely and left out
Those for whom there is not enough money to meet basic needs
We pray that they may be empowered
We that they might find hope and encouragement for now
But we prayer that the time will come when no one will need such prayers,
We pray that we might find ways to change our society to make it better,
To make it more just
More compassionate
And where no one need suffer poverty, injustice, discrimination loneliness or illness.

God of compassion,
May we shake off discouragement or apathy, so that we may we join with all who work for such things.
This we pray in the name of the Christ who lived to teach us these lessons.
Amen. 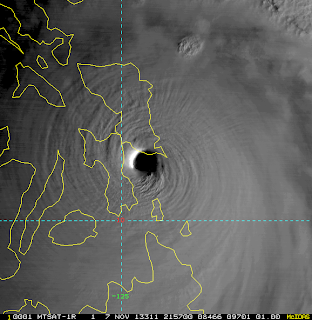