A focus on Emmanuel Sisters, Cameroon 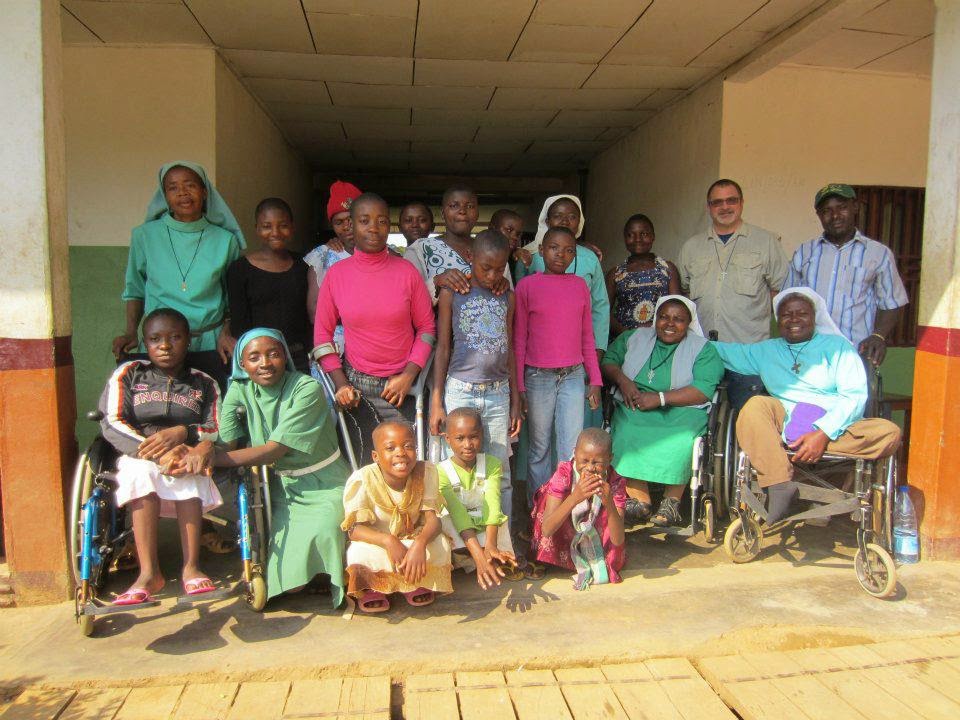 The sisterhood was first founded in 1971 by Rev Mother Magdaline Marie Handy. She had travelled to France in 1951 with five others on an academic scholarship to became a student nurse. Her school was at the Deaconesses Sisterhood of Reuilly (Paris).

The sisterhood is one of the first Protestant communities of Africa. At first, the sisterhood was only affiliated with the Presbyterian Church in Cameroon but is now fully part of the PCC. The then Moderator of the Presbyterian Church in Cameroon, Rt. Rev. J.C Kangsen visited Makak, and learned about the problems of the sisters, the moderator invited them to attend the PCC Synod Meeting that held in Kumba in April 1974. It was in this meeting that the General Secretary finally gave the approval for the PCC to take over the community. Thus, the community became an institution under the PCC.

In 2014, the sisterhood changed their name from Sisterhood of Emmanuel to Emmanuel Sisters.

The beginning was not easy for the foundress Sister Magdaline and the other sisters as they lived without any income. In the midst of all difficulties and challenges, Sister Magdaline did not give up. She was ordained as the first female Pastor of the Presbyterian Church in Cameroon in January 1978, and died in January 1999. She is burried in the community's Cemetery.

The sisterhood maintains good networks with deaconesses in Stuttgart who support the training for nursing and diaconal education in Cameroon. The sisterhood also has a close connection with the Diaconesses of Reuilly, Versailles, France. They are also supported by the Circle of Friends for the Emmanuel Sisters.

The sisters have a life of vocation and prayer, offer hospitality, work in the bakery and sewing room, and as medical nurses and midwives (Sr Hope, Sr Magdalena and Sr Samuel), as teachers (Sr Emmanuel and Sr Loveline), and in the Agape Unity Program, an outpatient programme supporting people with handicaps and those with epilepsy (Sr Judith and her team of trained volunteers and staff).

In Akum, new host baking machines have arrived, and there have been extensions of the building, and the workmen's house (which will be transformed after completion of the extension into the guesthouse). The extension of the main building should be completed by August 2014. Melanie, a handicapped young women, finished her formation at the end of 2013. On her departure, she received a sewing machine which will help her to support herself in the future. The community is pleased she was able to complete the formation, and that she now steps into independence. Sr Mary Ann has been in charge of the home centre since 2009, and two sisters from Bafut take turns of one year to support her. Like Sr Judith, she is in need of a wheelchair at times. Visitors describe the joy of life of the young handicapped women and girls in Akum, a unique experience.

The team in Bafut, Sr Shalom, prioress and her first and second assistants, Sr Angele and Sr Claire, are fully established. The new, very nice dormitory for the sisters is completed. In Bafut, the education programs for the sisters have been supported, and the host baking machines replaced.

On June 21st, 2014, the General Assembly was held in the Mission House of Basel. Sr Traude Leitenberger (Secretary, DIAKONIA World Executive Committee) gave a short presentation with pictures on the subject, Eight years circle of friends Emmanuel Sisterhood - what has come to be?

Some of this information was adapted from the newsletter by the Circle of Friends, Emmanuel Sisters, Bafut, Cameroon c/- Urs Scheibler, Bundtenweg 16, CH 4434, Holstein, urs.scheibler@bluewin.ch
Posted by Sandy Boyce at 9:21 PM