The Season of Creation is celebrated in many countries, and challenges us to re-orient our relationship with creation. While the challenge may have been provoked by the current ecological crisis and a growing awareness of our place in the web of creation, the origins of our re-orientation lie deep in our Christian tradition, especially our biblical heritage.  We are challenged to return to our biblical roots to rediscover our intimate connections with creation. We return to see ourselves again as part of the very Earth from which we are made.

Rev Dr Jason John is a Deacon in the Uniting Church in Australia. Eco-ministry is 0.6 of his placement and he is also a minister at Sawtell Uniting Church. The photo shows a combined outdoor service at Gleniffer. Jason's sermon on the day can be found here:http://unitingearthweb.org.au/ - look under worship>season of creation>forests.
I wonder how many other Deacons/Deaconesses around the world are involved in eco-ministry of some form or other? 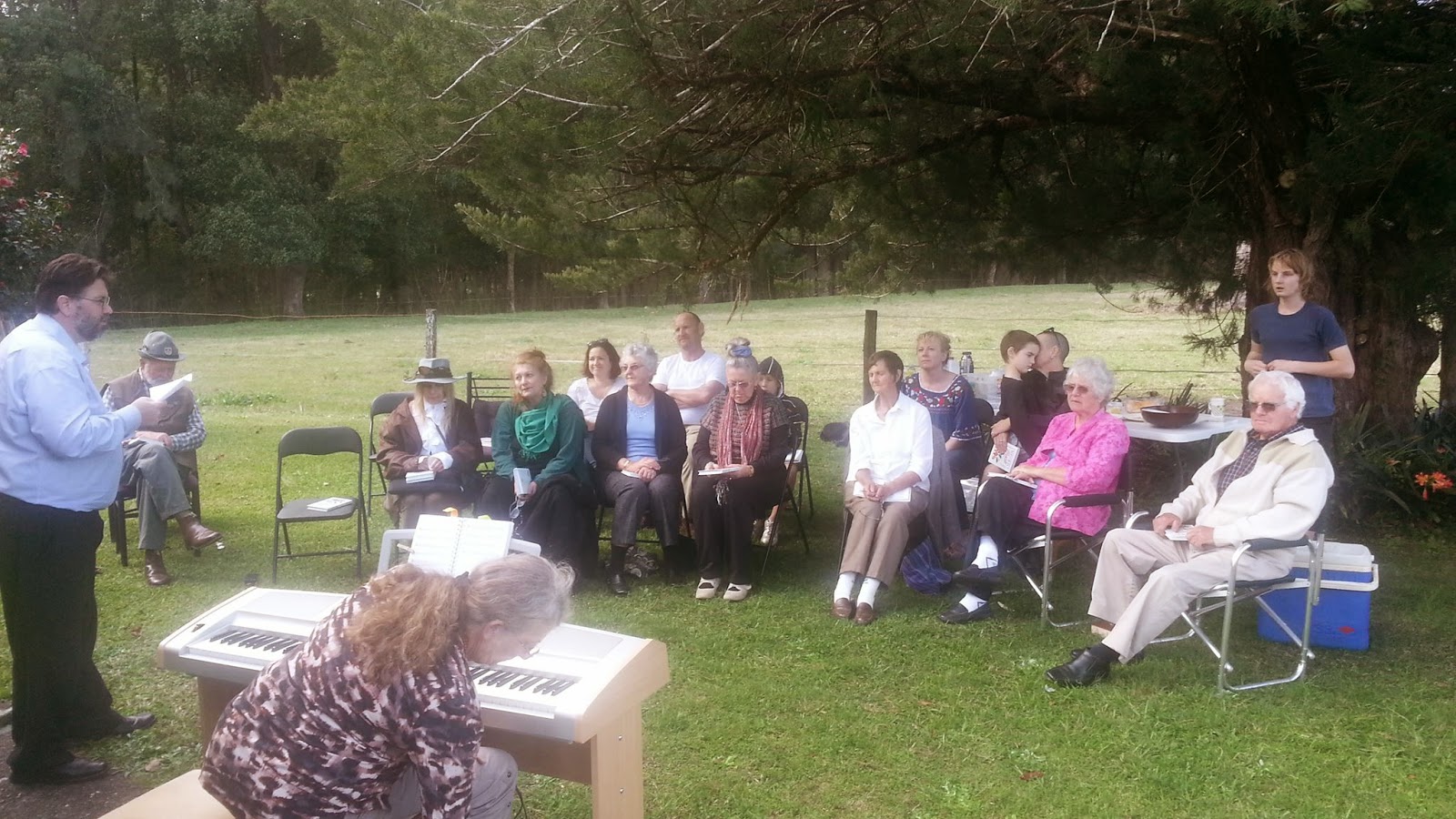 Jason did his PhD exploring biocentric thought. The abstract begins:
"Anthropocentrism assumes that human beings alone are created in the image of God, charged with dominion over Earth, and responsible for the fallenness of creation, though not necessarily through the actions of a literal Adam and Eve. Earth began to be talked about not as an inanimate resource for human consumption, but something good and valuable in and of itself. Having listened carefully to the story of life as told by ecological and evolutionary scientists, I conclude that the traditional anthropocentric paradigm is no longer tenable.  Instead I propose that all of life is the image of God, in its evolutionary past, ecological present and unknown future.  All of life is in direct relationship with God, and exercises dominion of Earth.  Evidence traditionally used as evidence of the fallenness of creation is instead affirmed as an essential part of life'. Jason's thesis is online at the link above.