DIAKONIA World Federation has a particular ecumenical relationship with the World Council of Churches. Although 'diakonia' terminology in the WCC refers primarily to what might in other settings be referred to as 'relief and development', nevertheless it is interesting to engage with, and be informed by, the discussion.
The primary objective of the ecumenical strategic forum on diakonia and sustainable development is to strengthen ecumenical collaboration on diakonia and development; stimulate strategies for leveraging national impact; and provide a road map for the ecumenical accompaniment of the 2030 agenda for sustainable development.
The ecumenical strategic forum will gather around 75 participants from churches, councils, communions and specialized ministries, involving national, regional and global ecumenical actors.
The forum, convened by the World Council of Churches (WCC), will take place from 3 to 6 October 2017 at the Ecumenical Centre in Geneva, Switzerland.
Posted by Sandy Boyce at 4:27 AM No comments:

The Kaiserswerther Verband represents diaconal work in the evangelical church, bringing together more than 100 deaconess motherhouses, diaconal communities and organisations in Germany. It is part of the international Kaiserswerth General Conference.

Dr. Christine-Ruth Müller will be succeeded by long-time rector of the Diakoniewerk Gallneukirchen, Christa Schrauf. Pastor Christa Schrauf was the Rector and Chief Executive Officer of the Evangelical Diakoniewerk Gallneukirchen from 2008 to 2016, the largest diaconal employer in Austria with more than 3500 employees. Since 2013, she has also been President of Kaiserswerth General Conference, and since 2014 has been a member of the German Network “Women in Leadership in Church and Diakonia”.
On September 27th at 2 pm, Kaiserswerth General Conference celebrates the work of Dr Christine-Ruth Müller, as part of a feast day service in the Kaiser Wilhelm Memorial Church in Berlin. President of Diakonie Deutschland Ulrich Lilie will conduct a handover ceremony during the service to wish farewell to Christine-Ruth Müller and to welcome the incoming Secretary General Christa Schrauf into her new role.

Rev Marianne Uri Øverland from Norway, Regional President of the DIAKONIA-DRAE Region, will bring greetings on behalf of DIAKONIA World. Deaconesses Ulrike Kellner and Traude Leitenberger will also be in attendance.

Posted by Sandy Boyce at 4:50 AM No comments:

Congratulations to Deaconess Edie Eickemeyer and Deaconess Louise Williams, celebrating the 50th anniversary of their consecration as Deaconesses. That's a lot of combined experience and a great deal of wisdom! Blessings to you both. 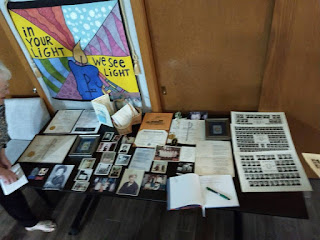 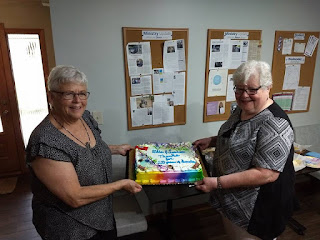 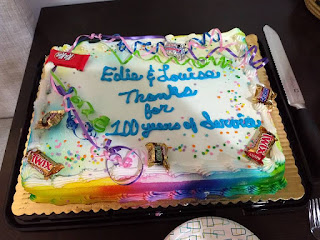 Posted by Sandy Boyce at 5:23 AM No comments: