Congratulations to Karie Hamilton who has been consecrated a Deacon (ELCA) - front row, second from left. 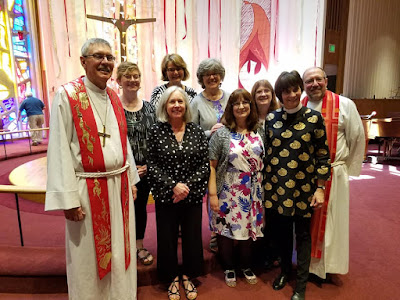 Posted by Sandy Boyce at 5:52 AM No comments:

Congratulations to Deacon David Rojas Martinez, consecrated at the Chapel of the Resurrection, Valparaiso University, on Saturday 23rd June. Blessings for your ministry. Familiar faces there to support David including previous DIAKONIA World President Louise Williams, and former DOTAC Regional President Lisa Polito and many more.

Posted by Sandy Boyce at 5:27 AM No comments:

Emma Cantor works across a wide stretch of the world where people speak dozens of languages. That’s not an obstacle for Cantor, a regional missionary in Asia for United Methodist Women, because she says there’s a common language women share no matter the political or cultural context.

“Every part of Asia has its own language, but what is common is the love that women have for God,” says Cantor, a deaconess from the Philippines. “I’m thankful that United Methodist Women has given me the opportunity to talk, to be in partnership, to pray with, to teach, and to be friends with these women.”

One of the places where Cantor has made friends is in Myanmar, which is also known as Burma. For more than a decade she has accompanied women there as their country has slowly emerged from crushing military rule and international isolation.

After more than a century of British control, then Burma achieved its independence in 1948. Yet democratic rule was short-lived, and a 1962 military coup launched the country into decades of authoritarian rule. A growing pro-democracy movement slowly gained international attention in the 1980s, and Aung San Suu Kyi became its leader. Daughter of Aung San, the principle architect of Burma’s break with Great Britain who was assassinated on the eve of independence, Suu Kyi had lived outside the country for more than 20 years. Yet her family’s stature thrust her into a prominent political role. Frightened by her rising popularity, the military placed Suu Kyi under house arrest, preventing her from traveling to Oslo to receive the 1991 Nobel Peace Prize.

Under continued domestic and international pressure, the military announced sweeping reforms in 2011. Although political and economic freedoms were expanded, the military remained the undisputed power behind the scenes. Those in charge were former military officers who swapped their khaki uniforms for suits and longyi—the sarong-type skirt traditionally favored by both men and women in Myanmar.

However military officers dressed, they watched as democracy activists continued to slowly erode their power, and by 2016 Suu Kyi became the State Counselor of Myanmar—the country’s de facto prime minister. While the world celebrated and eased sanctions against Myanmar, it remained clear that her power was limited. The military continued to be the final arbiter of power.

Despite the limits to her authority, or perhaps because of them, Suu Kyi is idolized by many in Myanmar. Yet many women in the country, like their political heroine, feel caught in the tension between wanting their rights respected and living in a political and religious culture that has pushed back against their empowerment.

Emma Cantor thinks that tension is the perfect place for mission to occur. Cantor started coming to Myanmar in 2005 to train Bible Women, who are laywomen in the Methodist Church who teach literacy and spread the Gospel in their rural villages. Over the years since, as the country has experimented with the promise and limits of democracy, Cantor has worked with a variety of denominations in Myanmar to expand the role and ministry of women within their churches and communities.

In October 2017, Cantor traveled to Kalay, a city in northwestern Myanmar that sits at the edge of Chin State, home of the ethnic Chin people. Often considered to be “doubly oppressed,” the Chin are a minority in a country where the dominant Bamar ethnic group controls most levers of power; moreover, the Chin are largely Christian in a staunchly Buddhist country.

Chin women sit even lower in the social hierarchy, and Cantor’s workshop was designed to challenge that by helping the women discover their own theological voice.

Read more »
Posted by Sandy Boyce at 9:25 PM No comments:

(Always great to have news of ordinations, consecrations and other significant moments in our diaconal communities) 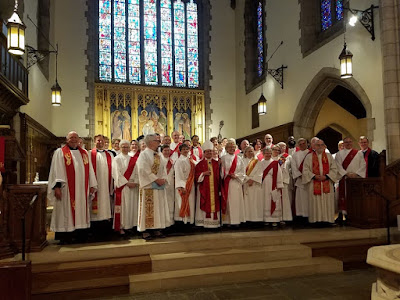 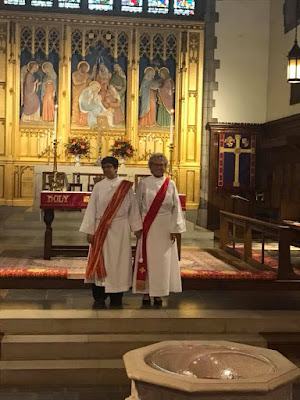 Posted by Sandy Boyce at 3:30 PM No comments:

FORMER Superintendent and long-serving matron at the Dilkusha Girls Home in Nausori (Fiji), Deaconess Olivia Kauroto Nataniela, has died on 31st May 2018. She served as the Superintendent at the Girls Home between 1973 and 1981, and 1985 and 2010, before she retired in 2011.

Deaconess Meresiana (DAP Regional President) writes: Deaconess Olivia Nataniela was one of the first four Deaconess in 1967 in Fiji. She has been called to rest on the 31st May 2018. She was from Motusa Rotuma. Thank you you have been a Beacon and a Light to the church and society.
Rest in Peace.
From Fiji Times report
HUNDREDS gathered at the Churchward Chapel in Rewa Street, Suva, to bid farewell to the former Superintendent of the Dilkusha Girls Home, the late Deaconess Olovie Kauroto Nataniela.
Deaconess Olovie was born in Motusa, Itu’ti’u on the island of Rotuma on November 3, 1938, the youngest of nine children.
While delivering his eulogy on behalf of the Tigarea family, Sukamanu Mani said after her parents passed, she was then embraced into the family of the late Gagaj Jotam Tigarea.
“Soon after she was born, Olovie was embraced as a grandchild in the family of the late Gagaj Jotam Tigarea, who was chief of the Itu’ti’u district then and his late wife Sarote Tigarea of Pepjei,” Mr Mani said.
“Sarote Tigarea became a central figure in Olovie’s life from Olovie’s childhood, adolescence, into adulthood.”
Deaconess Olovie was one of the pioneers of the Methodist Deaconess Training in Fiji and Deaconess Terani Lalomilo also a pioneer said she was the instigator of many things that had happened while they were together and that she was a very loving person.
“She was very intelligent, she was very fun and I think one of the things that the church needs to have today is fun, we need to have fun,” Deaconess Terani said.
“Deaconess Olovie was also a very loving person because she always looked inwards, one of the most important things that Christians must do all the time is to look inward first.” 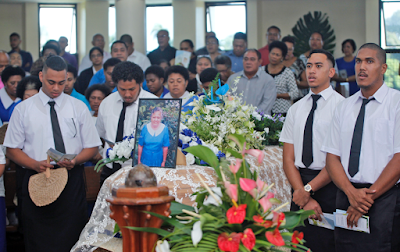 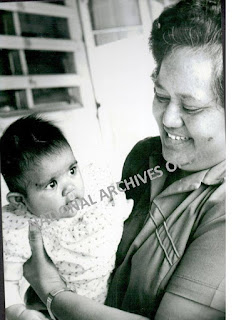 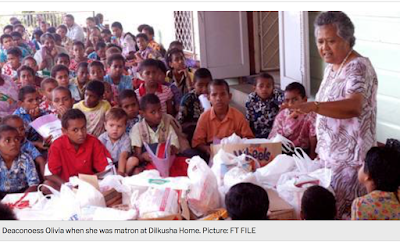 Posted by Sandy Boyce at 4:02 PM No comments:

Minnesota United Methodist deacons meet at UMC annual conference and celebrated an ordination and a retirement! 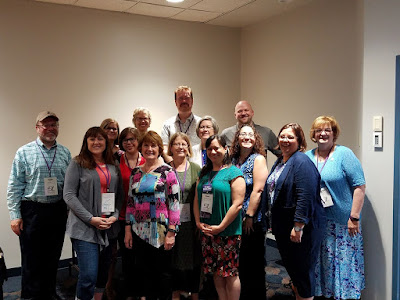 Posted by Sandy Boyce at 5:47 PM No comments: