You will be aware of the Climate Change talks in Paris and the hopes for a real commitment to addressing the serious challenges of climate change.

This week, more than a hundred people staged a 'sit in' (People's Parliament) in Parliament House, Canberra (Australia) to demand action on climate change. Among them was 93 year old World War II veteran and environmental activist Bill Ryan, who was escorted out with his walker. Aboriginal elder Aunty Mabel of the Bailai people was the last to be ejected as demonstrators reconvened outside. Rev (Deacon) John Brentnall also addressed the protesters.

Do you know diaconal ministry agents engaged in action on climate change? 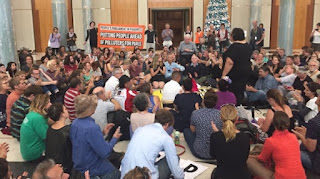 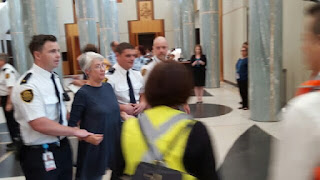 John asked how Christian MPs can claim to be Christians when they are causing our farmers, our First Nations folk, and our Pacific neighbours so much suffering? Isn't one of God's commandments to love thy neighbour? 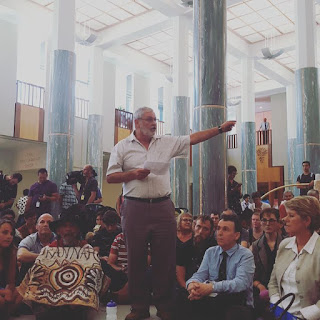